In September 2002, in an effort to reduce costs and to keep ambulances closer to their response areas when possible, Jackson County EMS began implementing an in-house pharmaceutical program. Prior to this change, EMS crews carried all of their medications in a locked, large tackle style box. Whenever a medication was used from the box, crews had to go to the pharmacy at BJC Medical Center to exchange their box for a new one. This sometimes removed crews from their assigned zones for an hour or more, which greatly increased response times to emergency calls. Realizing a change was needed, Paramedic Randall Reed, a shift supervisor with EMS began researching a better way. 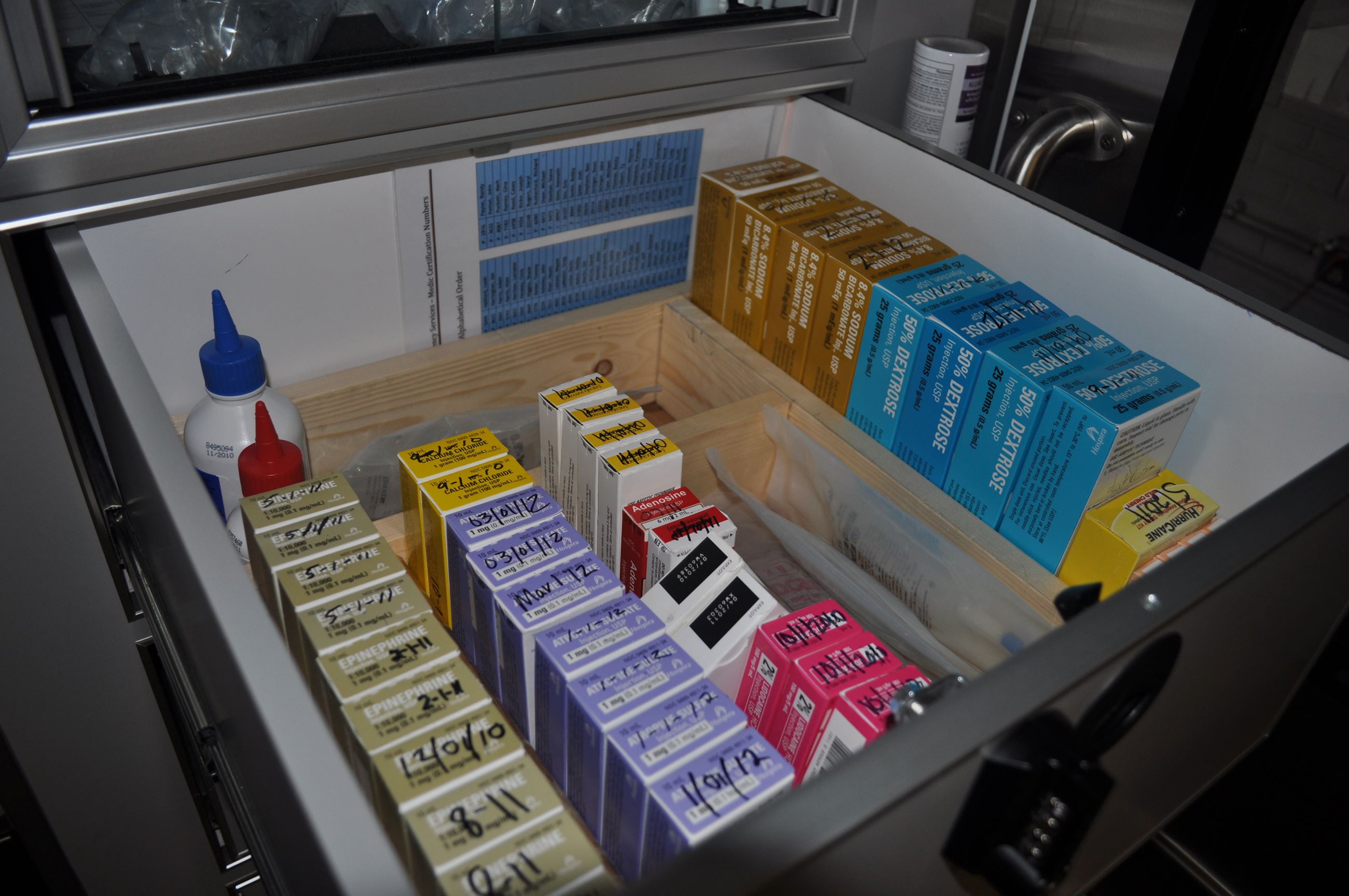